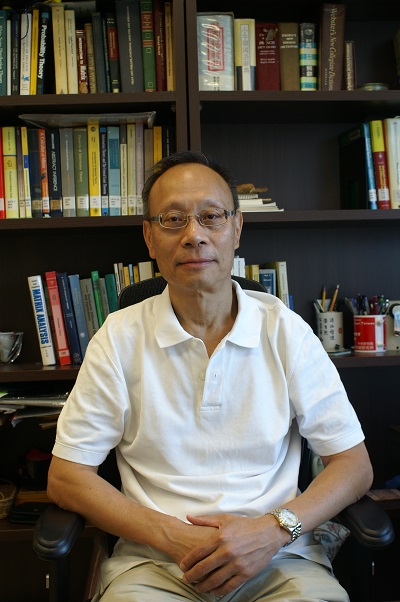 
Dr. Hwang's research interest is Probability theory. He investigates stochastic system with Markovian structure or arisen from real life applications. Accelerating convergence of Markov processes by anti-symmetric perturbations to a common underlying equilibrium, variance reduction in calculation of expectations, optimal updating schemes are among the main topics. The analysis of the spectral gap of anti-symmetric perturbations of Laplacian and a probabilistic approach for
the convergence rate of non-reversible processes are some of the related problems. The empirical invariances from the stock market as well as the corresponding stochastic structures are also his interests.