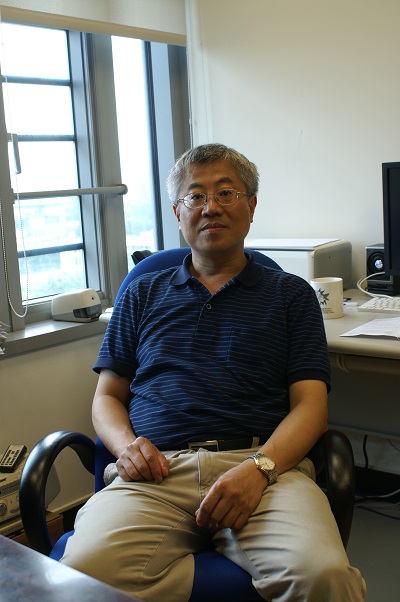 My main research area is partial differential equation in particular nonlinear diffusion equations. Nonlinear parabolic equations arise in the modeling of many physical phenomena and in many geometric problems. Recently I mainly work on porous media type equation such as the fast diffusion equation and the logarithmic diffusion equation. Such equation arises in the study of gases or liquid through porous media and in geometric flow problems. I have found that the solutions of such equations have many properties that is different from the solution of the heat equation such as the existence of infinitely many solutions with the same initial value that satisfies the mass loss equation and the extinction of solutions in finite time. I also study global asymptotic behavior and extinction time behavior of the solutions of such equations.

About fifty years ago Feynman delivered a speech entitled, "There's plenty of room at the bottom" in which he described the forthcoming small scale technology including much condensed information storage, miniature computers, infinitesimal machinery, and suggested the possible ways to make them work based on the fundamental principles of physics, chemistry and biology. Micro-electromechanical systems (MEMS) are widely used nowadays including airbag deployment in cars, inkjet printer heads, and the device for the protection of hard disk, etc. The challenge is to understand the mechanism for the various MEMS devices and establish the mathematical models which can reflect and predict their behavior. Recently I also work on MEMS equations and obtain a number of results in this field.