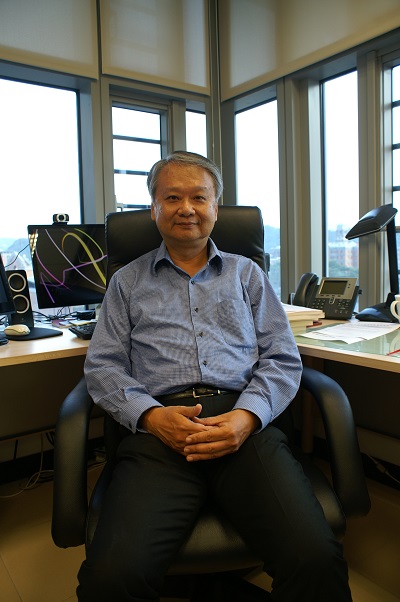 
Ko-Wei Lih received his B.S. from the Department of Mathematics, National Taiwan University in 1970. He received his M.A. and Ph.D. in mathematics from Duke University, U.S.A. in 1973 and 1976, respectively. He joined the Institute of Mathematics, Academia Sinica as an Associate Research Fellow in 1976. He was promoted to Research Fellow in 1981 and held a joint position in the Institute of Information Science from 1985 to 1993. He was appointed the Deputy Director of the Institute of Mathematics in 1984. He became the Acting Director in January, 1987 and the Director in August, 1987. His two three-year terms were complete in July 1993. In January, 1994, he was appointed the Director General of the Central Office of Administration of Academia Sinica by President Y. T. Lee. He resigned from that post in November, 1996.

Dr. Lih's major research interest is in combinatorial mathematics. He has publications in the history of Chinese mathematics. He was the Chairman of the Committee for the History of Science, Academia Sinica from 1987 to 1990. Now he is a member of the International Commission on the History of Mathematics. Dr. Lih is very fond of reading works both in literature and philosophy. He published articles in these areas, too. He was the Executive Secretary of the Committee for Logic, Methodology, and Philosophy of Science, Academia Sinica from 1978 to 1995 and Chairman from 1995 to 2007.