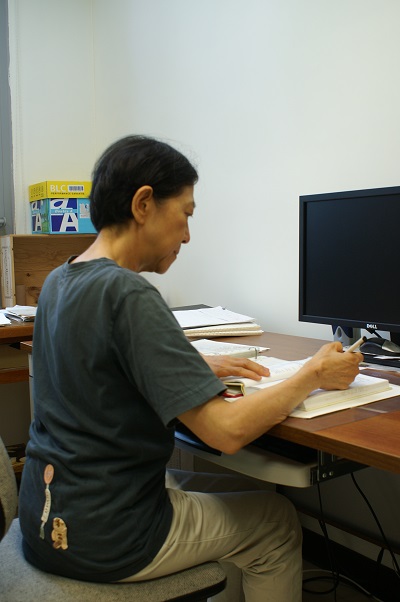 
Dr. Lee used to work in complex analysis of several variables, especially in studying the solvability  of $\bar{\partial}_b$ operators. A few years ago, she and C. H. Chang  were introduced by works of B. Gaveau, P. Greiner et al. to the subRiemannian geometry, and they have worked on this subject since then. They  went through a fairly thorough analysis of the geometry for the step two Grusin operator, obtained the geodesics, complex action function, heat kernel as well as the asymptotic behavior of the heat kernel near the critical points of the action function. Then by carefully choosing the path of integration, they were able to give an elementary proof of the positivity of the heat kernel for the 3-dimensional Heisenberg group. They have been also working on the Engel group, which is a step 3 Carnot group. Although the formulas for the geodesics as well as the complex action function have been obatined, a deeper analysis on the obtained formulas is needed to construct the heat kernel.